How To Get Over False Memory OCD 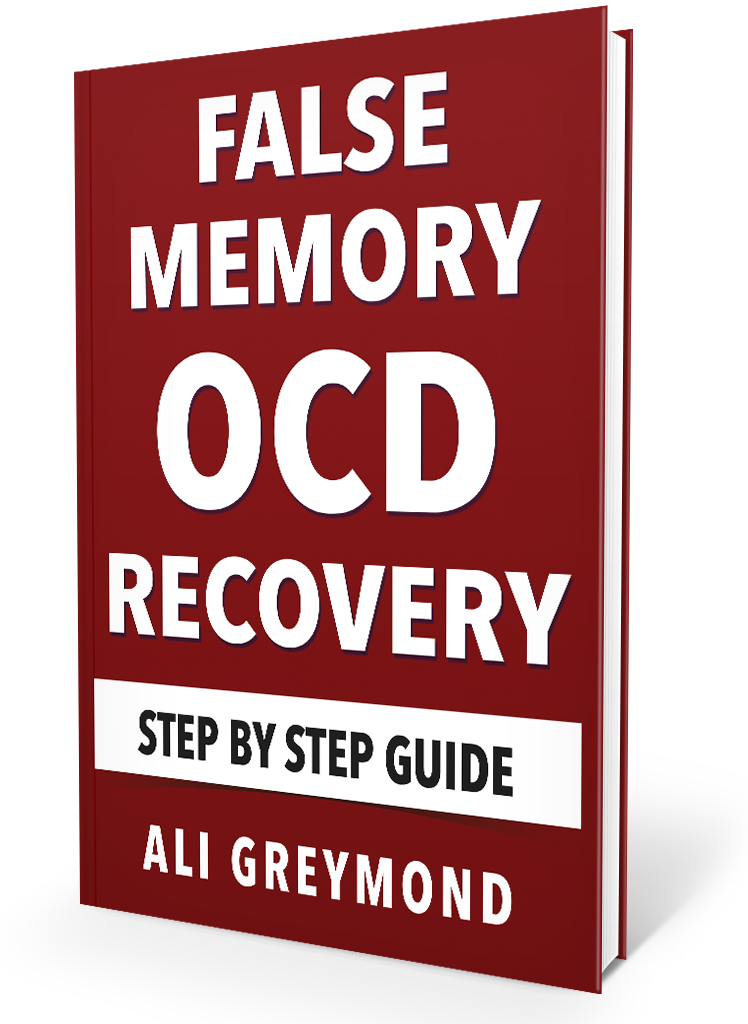 I think I should bring your attention to this type of OCD because it is almost never talked about. What makes this type of OCD particularly distressing is the fact that the event that triggered the feared situation has already happened.
Example:
A person is driving in a car. He hits a speed bump. Immediately he gets a thought “What if it wasn’t a speed bump, what if it was a person?”
Now let’s examine the thought closer. What if… is a very common OCD thought. Any thought that starts with what if should be immediately considered an OCD thought. By saying “what if it wasn’t a speed bump” the person is already acknowledging the fact that most likely it was a speed bump. This seems logical and rational so it gets included in the thought. In the last part, the person shows doubt. It basically says that maybe under some circumstance it was a person that was hit. Since OCD is a disorder of doubt, any OCD thought will contain doubt. This type of pattern is extremely common so you need to know it and be able to easily identify it. Yours may not match exactly but you will be able to see a resemblance.
How to react properly to false memory thoughts.

So now you have a thought that resembles a false memory thought. Since OCD is making you doubt it, you probably think that the thought might be true. Do not let yourself think back to when you think something happenedyou’re your mind starts going back to the situation immediately say to yourself:

I trust myself.
I am a good person.
I am not going to give OCD the power by taking this thought seriously.

Make this your mantra. Every time you think the thought remember this and repeat it to yourself.

“The OCD Recovery Program has high recovery rate because of continous text support throughout the day between Ali Greymond and her clients. She guides you through the difficult moments and pushes you to fight for recovery. You are never going to feel alone in your daily battle against against OCD and as long as you follow the program, you will recover.”

I would just like to say a massive thank you to Ali Greymond for all of her help and support through what had to be one of the hardest and most fearful times in my life. Hell sounded appealing to what I was living with- false memory OCD! I’m very private and the thought of telling someone my intrusive thoughts was agonising. I listened to Ali’s shows on YouTube and I knew the best person to help me was her, Ali made me feel so comfortable, I never once felt as though she was judging me in anyway in fact she made me feel the opposite like I was normal and none of this meant anything. She gave me the tools and skyped me every day I felt like She was in the next room the support was amazing. This wonderful lady changed my life, it’s hard work and determination daily but if there’s one person that can help you recover from OCD it’s Ali Greymond. She’s amazing at what she does and me and my family are blessed we found her because I don’t know where I’d be now. Thank you Ali your programme is amazing. (L.)

I came to Ali with a severe case of contamination OCD. Ali graciously offered me an introductory session free of charge. When I asked her when we could start, she said “how about today”? I liked that she was that proactive and willing to jump in immediately. I looked at the packages she offered and signed up immediately for the “Severe OCD” package, because that accurately described the state I was in. Ali almost immediately became my anchor, my support system and friend through this very frightening and lonely disorder. With Ali by my side, I had hope for the first time and I made strides that even surprised me. I was amazed at how quickly I started to recover. It felt like magic to me.

Having been a fellow sufferer herself, she truly understands the disorder. I felt that Ali intuitively knew when to push me through a fear and when to back off. When she felt that I was not ready for an exercise she told me. When she felt that I could push through a fear, she told me and 100% of the time, she was on point! This was extremely important as feeling in control is such a huge element of this disorder. I would recommend anyone suffering with this disorder to work with Ali. She helped me get my life back and that is priceless. (J.)